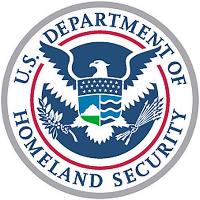 Information and intelligence relating to both domestic and international terrorism is shared among the agencies to ensure agencies are aware of matters that may pertain to their jurisdictions.

This not only enhances preparedness but also assists in identifying areas such as equipment, personnel, training, etc. that may need improvement.

All of this enables law enforcement to provide a better level of assistance and protection to the citizens of Berkeley County.

An additional responsibility under the Homeland Security Office is that of liaison with local and state emergency management offices.

U.S. Immigration and Customs Enforcement (ICE), Homeland Security Investigations (HSI), is committed to protecting the public and ensuring the rights of victims are carefully observed. HSI administers the Victim Notification Program which allows eligible victims and witnesses to obtain reliable and timely information regarding a criminal alien’s release from custody. Victims and witnesses are required to register with ICE in order to receive notification of a criminal alien’s release.
If you are a victim or witness of a criminal alien, please click on this link for more information, including the required registration form: www.ice.gov/victim-notification/

A Suspicious Activity Report (SAR) is used to document any activity that may be related to terrorism. Below is a list of suspicious behaviors and descriptions.

Eliciting Information
Questioning individuals at a level beyond mere curiosity about particular facets of a facility’s purpose, operations, security procedures, etc., that would arouse suspicion in a reasonable person.

Testing of Security
Interactions with or challenges to installations, personnel or systems that reveal physical, personnel or cybersecurity capabilities.

security cameras), etc. All reporting on photography should be done within the totality of the circumstances.

Observation/Surveillance
Demonstrating unusual interest in facilities, buildings, or infrastructure beyond mere casual or professional (e.g., engineers) interest such that a reasonable person would consider the activity suspicious. Examples include observation through binoculars, taking notes, attempting to measure distances, etc.

Materials Acquisition/Storage
Acquisition of unusual quantities of precursor materials such as cell phones, pagers, fuel and timers, such that a reasonable person would suspect possible criminal activity.

Acquisition of Expertise
Attempts to obtain or conduct training in security concepts (military weapons or tactics) or other unusual capabilities that would arouse suspicion in a reasonable person.

Weapons Discovery
Discovery of unusual amounts of weapons or explosives that would arouse suspicion in a reasonable person.

Sector-Specific Incident
Actions associated with a characteristic of unique concern to specific sectors (such as the public health sector) with regard to their personnel, facilities, systems or functions.

Sabotage/Tampering/Vandalism
Damaging, manipulating or defacing part of a facility/infrastructure or protected site.

Cyberattack
Compromising or attempting to compromise or disrupt an organization’s information technology infrastructure.

Aviation Activity
Operation of an aircraft in a manner that reasonably may be interpreted as suspicious or posing a threat to people or property.

Expressed or Implied Threat
Communicating a spoken or written threat to damage or compromise a facility or infrastructure.